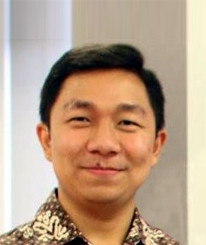 Robertus Theodore is currently Executive Staff of Deputy-I at Executive Office of The President, Republic of Indonesia. His roles as an executive staff are plan, monitor, and evaluate the National Priority Program of Indonesia. He was the one who lead the development of Portal Data Indonesia (data.go.id); a single, authoritative data portal for the national Government of Indonesia in 2014.